Visiting the temporary rivers of the Júcar River Basin

On January 26, the TRivers team went for an exploratory trip to the temporary rivers of the Júcar River Basin, mainly located in the region of Valencia. The idea was to identify case studies for this basin, including both the rivers that are temporary in a natural way as well as those that are temporary due to human impacts. 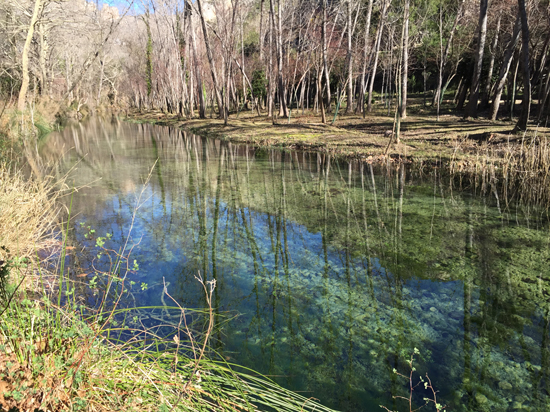 The first stop was the Sénia River, which originates in the mountains of Beceite, and that is mainly affected by hydrological pressures due to water withdrawals that modify its flow, and by dams and reservoirs that break its connectivity. At the “Font de Sant Pere”, downstream from the Ulldecona Reservoir, we did a demonstration of methods that are currently used to evaluate the hydromorphological and biological quality of rivers, highlighting that these methods may not be suitable for temporary rivers, especially when only disconnected pools are present or when samples cannot be taken because the river is completely dry. 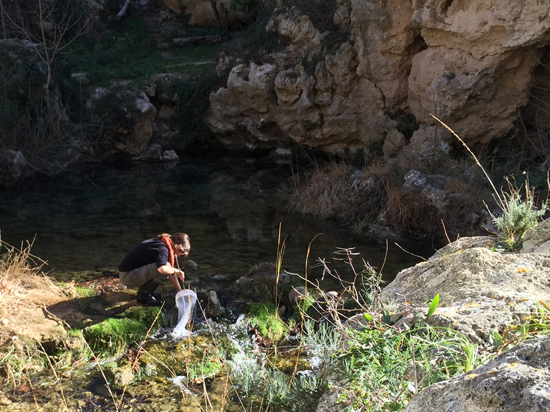 Sampling aquatic invertebrates, one of the organisms that are used as indicators of the biological quality of rivers. Photo: J. Latron. 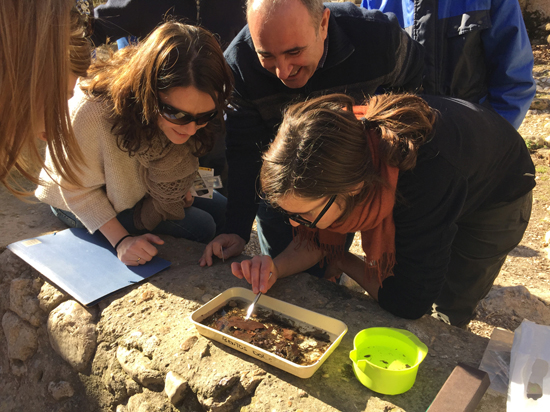 From the “Font de Sant Pere” there are several water withdrawals. The river clearly lost its flow until it became completely dry. As explained by the managers of the Júcar Water Agency, the constant water withdrawals from the river into the irrigation channels without the implementation of environmental flows so far, together with the negative relationship of the river with the aquifer, make some stretches of the River completely dry even in winter. 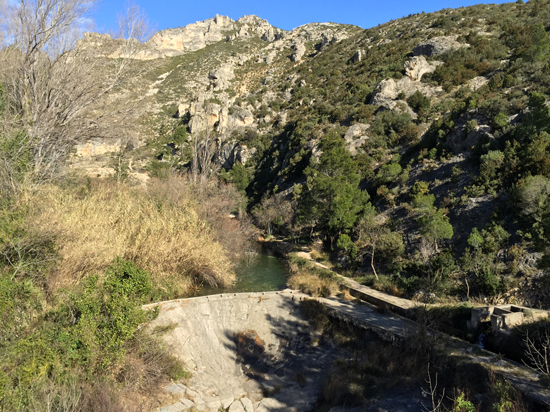 The river Sénia downstream the “Font de Sant Pere”, where the river is completely dry due to the diversion of water from weirs to irrigation channels. Photo: J.Latron. 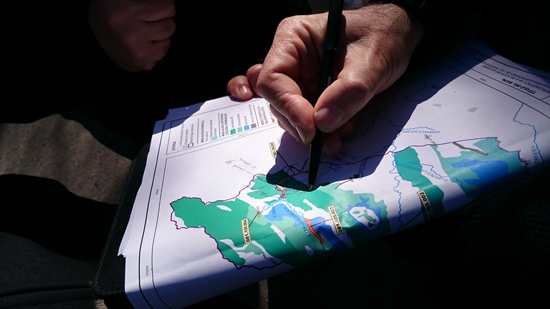 Discussing on the relationship between the Sénia River and the aquifer. Photo: N.Cid. 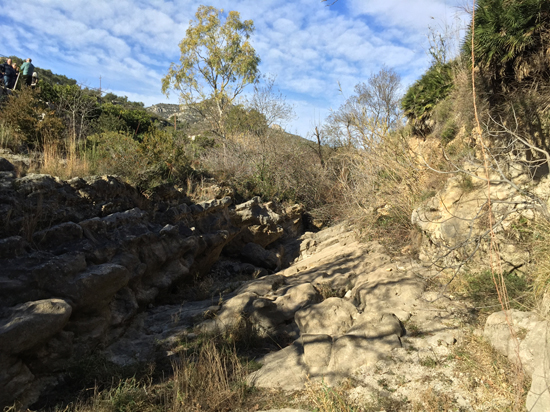 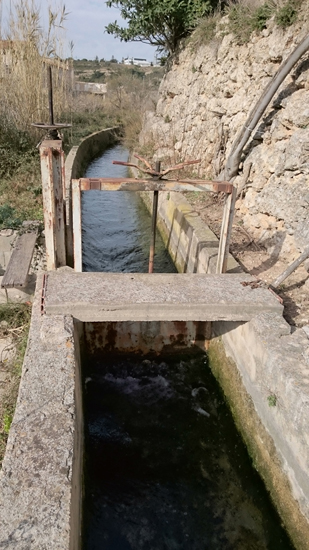 Irrigation channel with water from the Sénia River. Photo: N.Cid.

The Sénia River downstream of the village. Photo: J.Latron.

Downstream from the village of La Sénia, the river flows again due to the irrigation channel returns, and especially due to the effluent from the wastewater treatment plant.

During the field trip we also visited ephemeral rivers, such as the Cérvol and Montlleó River, the “Rambla Carbonera” and the “Rambla de la Viuda”. Even though we found them dry, last December there was a strong flash flood due to heavy rains. 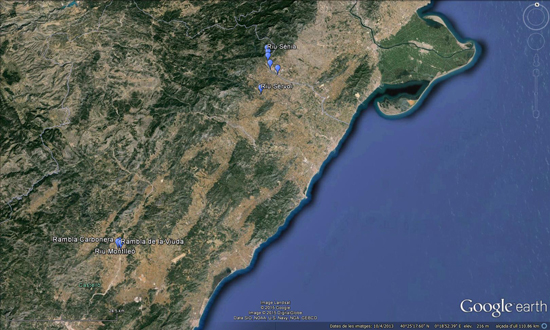 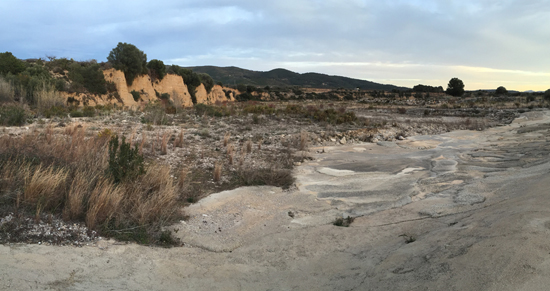 The Montlleó River at the confluence with La Rambla Carbonera. Photo: J.Latron. 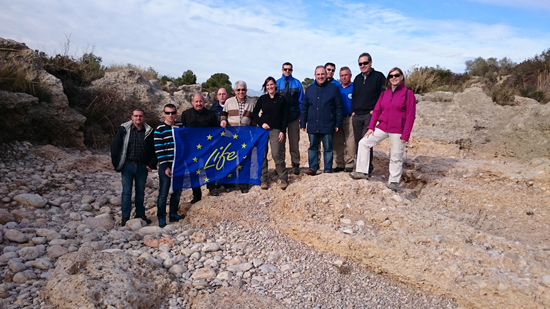 The TRivers team at the Cérvol River with members of the Júcar Water Agency. Photo: N.Cid.

When visiting the different types of temporary rivers, we realized of the real challenges posed to managers, both in relation to the use of the right tools for the diagnosis of the hydrological and ecological quality in this kind of water bodies, as well as in the subsequent implementation of measures to improve their status. In addition, the trip was a good meeting point both for scientists and managers, and an excellent tuning before the start of field work to be conducted during the next months.